The “Hatchlings” evolved while I was still in college Always torn between paleontology and pottery; I liked the dirt, the fossils, the mysterious layers of geology. Not so thrilled about the digging and documentation. Pottery allowed me to create with my own hands, the fossils I imagined laying deep under the earth’s surface.

What I really liked was the bones, especially the reptilian and primate families. I decided I could make my own fossils out of clay and started playing around with dragons; wings, teeth, claws, spikes,snouts~they had it all. And then I thought about the offspring of these creatures. What would the babies look like? How would they act?

It’s almost fifty years later and I’m still creating them. I work in series, and each one is hand-built, signed and dated. 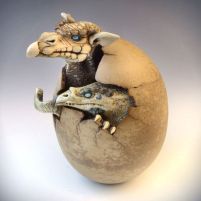 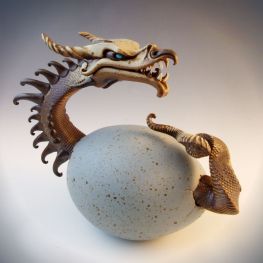 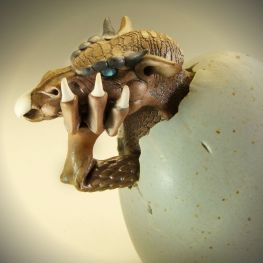 “The Thinker” side view 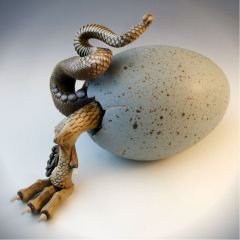 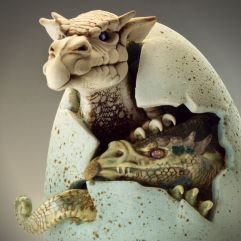 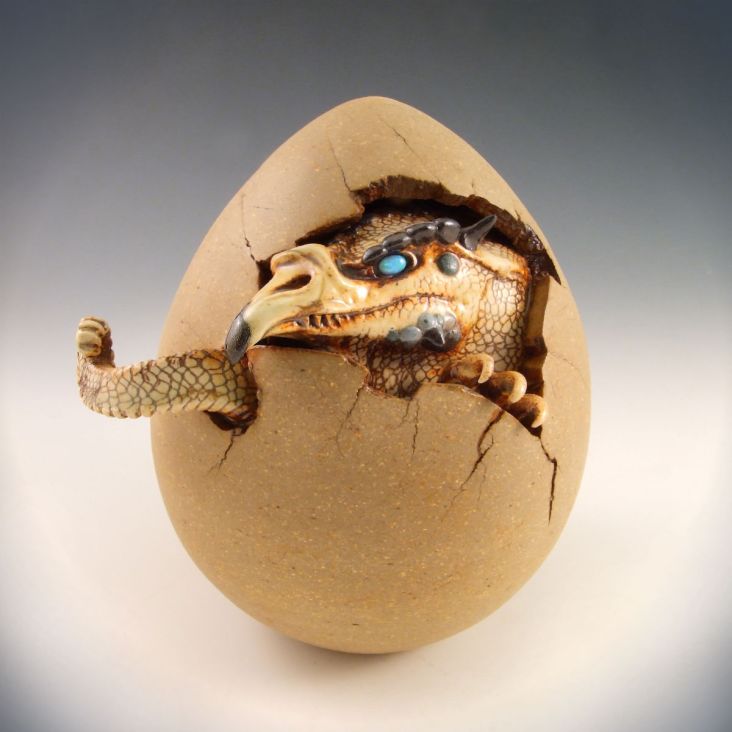